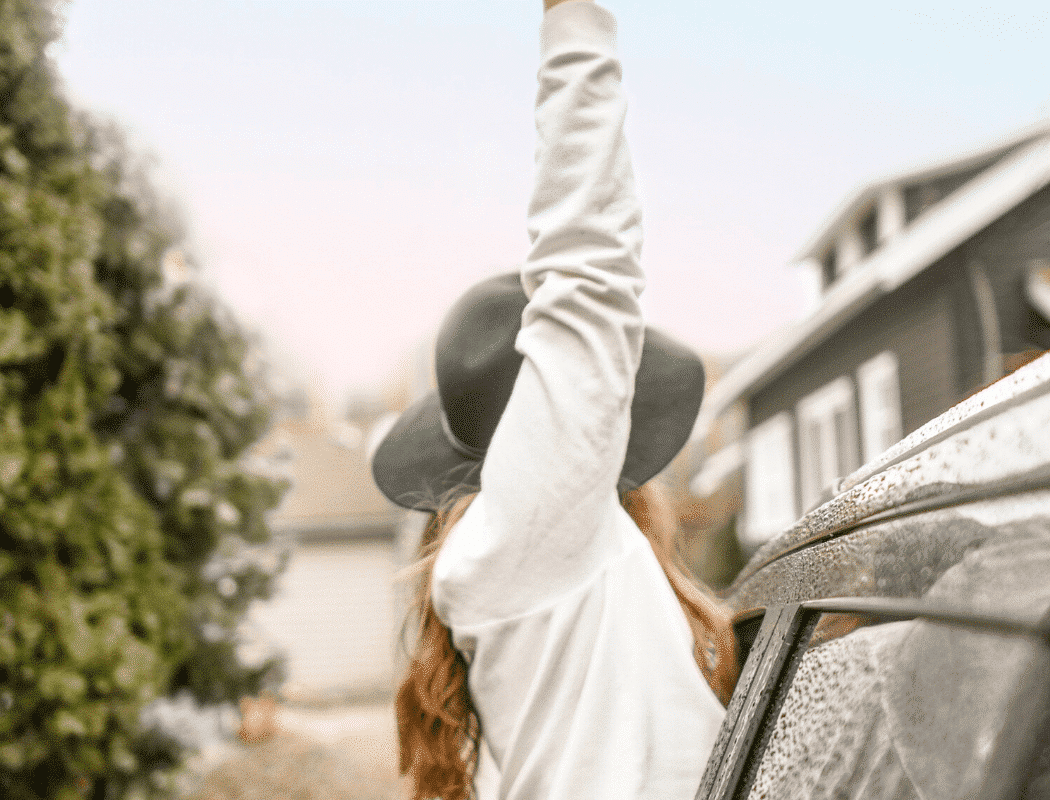 Pecunia non olet, money does not stink. This Latin saying is attributed to the later Roman emperor Titus, when responding to his father Vespasian’s decision to raise a tax on the use of public latrines, and the tanners’ further use of the human feces in ancient Rome.

But apparently, especially women are still convinced it does. Among women, money, asset, and investments are perceived in a mostly negative way. What’s more, women often still obey to age-old, deadlocked patterns when it comes to dealing with money. These perceptions date back to the times when women were raised without any relation to money at all. They’d be provided for by their future husbands, anyway, so what’s the use of learning about money, in the first place?

This dire combination of decades-long instilled, manifested attitude and often high, ideal principles — like money can’t buy happiness or more money, more problems — results in a rather negative female attitude towards money. It’s thoughts like these that make us women our own worst enemies, because there is a strong correlation between personal freedom and financial independence, if you take a closer look at ist.

With more and more single households, drawbacks due to the often cited Gender Pay and Pension Gap, and a longer life expectancy than men, we’re constantly boxing ourselves in by holding on to this misguided female attitude towards money.

How are we supposed to make our own dreams come true, if we’re not financially independent? See?! It’s high time that we make a change in our position on money and asset. But this means, we need to remove money blocks that are deeply rooted in our subconsciousness. They are keeping us from negotiating our salary with more self-confidence, to let our money work for us, and to act more confident in terms of investments.

Women And Money Need To Come Together Urgently

Do you know, what the average pension quota for a woman in the old federal states in Germany was in 2017/18? 622,- Euro! (Source: German Federal Pension Fund) And while rentals continue to increase, inflation is constantly ongoing, and interest-rates are kept at an all-time low, it’s pretty foreseeable that pension rates will decrease and decrease over the next years. To say it plain and simple: We just cannot afford this established, instilled, female attitude towards women anymore. So, it’s about time to ban your ideas of money, according to which it spoils the character or isn’t everything, and establish a new female attitude towards money by removing money blockages.

We speak of money blocks or blockages, when people limit themselves due to their attitude and idea. It has to do with the laws of attraction, which implies that a negative attitude towards a thing or negative thoughts entail negative actions, negative experiences, negative consequences. Even accomplished and renowned psychologists confirm this chain of causation. To remove money blocks has less to do with esotericism and everything to do with autosuggestion, NLP, affirmations, and the rewiring of neuronal connections.

Let’s see an example:
Maybe you’ve spent all your life convincing yourself that you’re not that smart or good-looking, you tend to believe it. In consequence, it’s tough for you that others may perceive you in a different way or to deal with complements. However, you’ve been nourishing and cultivating this idea of yourself for years and decades — maybe bad experiences at home or at school have contributed to this toxic self-perception of yours. In a cognitive therapy, you could learn how to create a more neutral image of yourself, and step by step establish a new, healthier, benevolent relationship with yourself. Your therapist would support you in trying to shift your focus from your flaws and negative characteristics towards your strengths and your positive qualities. And that’s exactly what happens when you decide to change your typically female attitude towards money and start to remove money blocks.

Our most important FinMarie tip that helps women remove money blockages is: start slow. Take your time to reflect:

• What are my thoughts on money?

• How do I deal with money?

• How important is money to me?

First, write down a mindmap of your thoughts on money. Next, put it aside and take a step back from it all.

At a later point in time, you can get back to the things you’ve written down. Did you forget something? Did you overdo it a bit here and there, maybe got carried away by your negativity? Make shorter corrections.

Once you’re sure that your notes reflect your true, real, own ideas on money, you’re ready to go the next step on your personal way to remove money blocks.

Now you take on one belief and conviction at a time. You might want to find yourself in a good mood and feel calm before dedicating your time to this task. For example, take on one thought a day. Byron Katie’s cognitive method has proven to be quite useful for who wants to learn to remove money blocks sustainably.

Here’s what you have to do: Pick one of your typical, negative money thoughts and write it down on an extra piece of paper. Next, you write down the following 4 questions. These serve to check in with the truthfulness of your convictions of money:

2. Can you be absolutely sure to know it’s true?

3. How do you react (what happens inside yourself) while having this thought?

4. Who would you be without this thought?

While the first two questions are simple Yes / No questions, the other two demand a little more from you. For instance, in order to answer question no. 3, you should observe which physical sensation the money thought causes. To do this correctly, you’re required to remain completely aware of yourself while you’re thinking it and actively explore your reactions. Another way to observe yourself would be to mindfully watch how you treat other people and yourself when you’re having the thought.

Write down all the answers. Be blunt and honest — after all, nobody else will read them, unless you want them to.

Now do this with all the negative ideas on money you have. Maybe you wrote down that “money is bad”, “money is the root of all evil”, “money is overrated”. Take on one negative affirmation after the other. It is crucial that you take your time to do all this, and that you take breaks. Because you’d neither want the thought of money to dominate your day, not shall the task of removing money blockages burden you even more or affect other parts of your life. Remember, it’s only about using a few cognitive tricks to outsmart your brain a bit and no longer associate money with something generally negative. So, please, take your time to remove money blocks. Stress might even be counterproductive and create yet another negative association.

The most important answer is the response to question no. 4. This last answer will allow you to establish a new belief system, to change your negative thoughts on money into their opposite. Let’s say you come to realize that you’d be more free or independent, if you didn’t believe that money was a bad thing. From this finding, you might frame a new affirmation for yourself, for instance: money sets free. Or: money is freedom.

A New Female Attitude Towards Money

Here’s what many women don’t know: money per se just is. If anything, it’s neutral, impartial. But it sure doesn’t have any character traits like the ones we attribute to it by considering money good or bad. It’s the person who owns the money that embodies these characteristics, and what he does with his or her money.

Money can do so much good and positive, too, you know. It can protect your children financially, for example. Or support a social project you really care about. Or create a job at your small business. Or any of the other things that come to mind. There are so many ways and means to bestow a positive connotation upon money. But in order to do this, it’s crucial that women remove money blockages and bypass old thought patterns, which often even put them off making good money. You see, we need to urgently usher in a new era and campaign for a new female attitude towards money!

Our financial experts can help you to take the next step. If you want to sustainably change your opinion on money, asset, and financial independence, and you’re in need of competent advice, FinMarie is happy to accompany you all the way:

Craving further tips on dealing with money, information on types of investment, ETFs, and more insight on the world of women and money, just follow our FinMarie blog. We’re providing regular news about finance and stock markets here for you.

You can find out more about which cookies we are using or switch them off in settings.